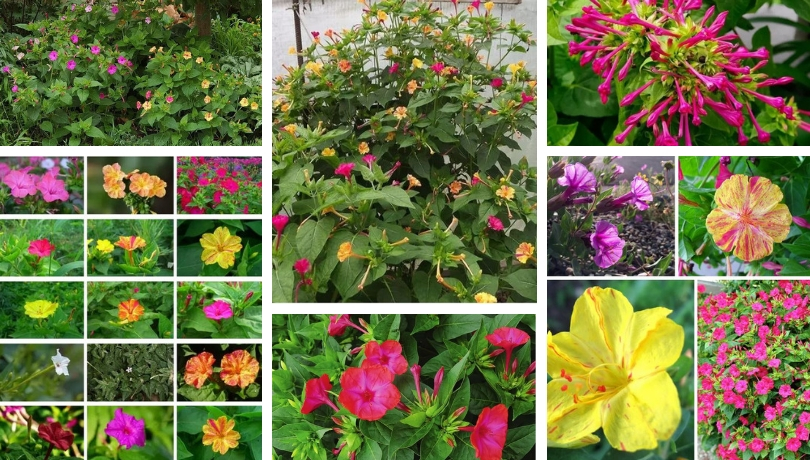 Night beauty, or mirabilis in the garden

In almost every garden, a flower lover has one or two completely inconspicuous shrubs. Looking at them, guests often wonder why, among the general riot of colors and fragrance of bright representatives of the flora, such a “gray” stranger is needed. But they will still see what a quiet flower of mirabilis is capable of, because the life of this plant varies day and night, like the sun and moon.

Mirabilis is an unusual flower brought to us from America, it belongs to the family of nictagins, it is not a wintering perennial herb. Mexico and the south of America are considered its homeland, for the most part it is a cultivated plant that is grown in gardens, but in Florida it is found in open ground.

7 Summer Plants that you can easily grow from Seeds 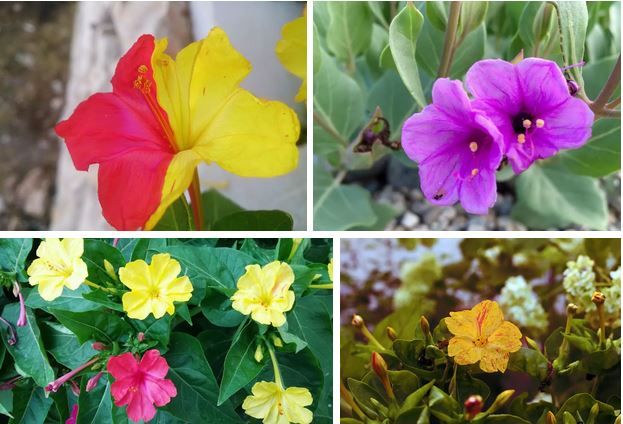 The plant propagates by seeds, but many gardeners use the method of cuttings and occasionally division.

The night beauty is not very whimsical in reproduction and care, it is quite simple to grow it.

Germination. Seeds are collected from faded bushes, soaked for a day in water, then planted in a pot and moderately watered, waiting for seedlings to appear. In the warm season, seeds can be planted immediately in the ground in the open air. They are strong, and sprouts appear very quickly.

Advice! You can only collect darkened seeds – almost black. Greens have not yet matured and will not germinate.

Cuttings. This method is less common than seed propagation, but is practiced if they cannot be obtained for some reason.

The cuttings should be slightly woody – hard to the touch, then they are dried.
The tip of the handle is covered with any growth stimulant that can be purchased on the market or in a specialized garden store.
For better root growth, the process is placed in a nutrient mixture, but ordinary water can be dispensed with.

Advice! If you use water, its temperature should not be lower than 20 degrees, otherwise the plant will not give roots.

We wait from 2 weeks to a month, and if after 30 days the roots have not appeared, everything can be thrown away and cut new cuttings, but usually Mirabilis sprouts quickly and does not cause additional trouble. Sprouts distribute each in a separate container and wait until they gain strength.

Fritillaria Imperialis a majestic plant for your garden

After the emergence of roots, mirabilis can be planted on a flower bed

Division is a completely unpopular method for a given flower, but it is also possible. The plant is removed from the soil, the excess earth is shaken off, cut into several parts so that there are pieces of root on each, and immediately planted in other places. 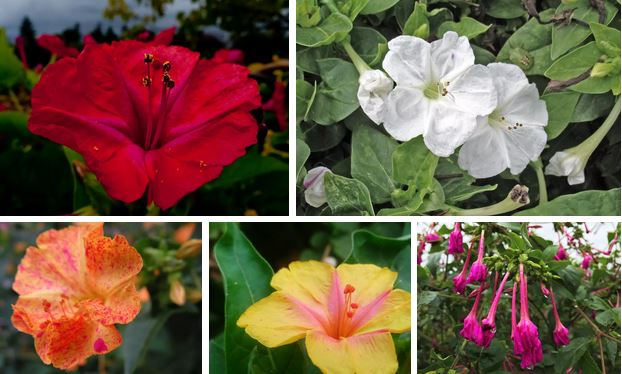 Advice! To make roots appear faster, gardeners often use a little trick – they heat the bottom of the tank to 24-25 degrees.

Planting cuttings in the soil makes sense under favorable climatic conditions – a clear guarantee that frost will not hit, and well-developed processes. The main landing period is early May, but the first time in the evening they must be carefully covered with polyethylene, since the nights are still cold. Between the seedlings, it is worth observing a distance of at least 40 cm, since this is the future bush, which reaches one and a half meters and is very distributed in breadth.

Despite the unpretentiousness, for a good flower growth it is necessary to observe a number of conditions.

What do you need:

Good illumination coupled with clay soil. On ordinary earth and in the shade, the plant will not be able to develop at a rapid pace and gain enough strength for growth. The size of the bush and flowers will be smaller, the colors are dull.

No drafts – mirabilis does not tolerate them well and can get sick.
Water moderately. It’s not worth it to carefully monitor the humidity, except during the period of heat and drought, because with a lack of moisture all the leaves will turn yellow and wilted, inhibiting the growth of stems. 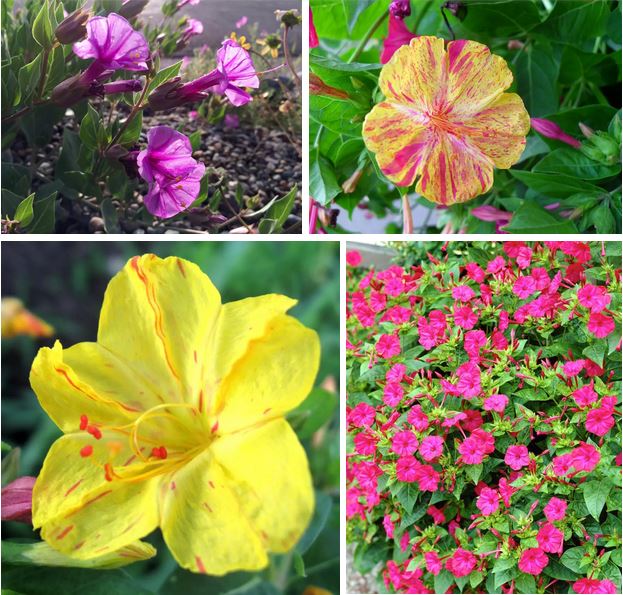 The process of watering sprouts of mirabilis

Loosening the soil – every time after watering: this will provide good air access to the root system, and the bush will not thicken too much.
Weed weeding.

Removing wilted, diseased and dried parts so that they do not “pull juices” from the entire bush.
Top dressing – once a month with mineral fertilizers according to the instructions on the package, and if planting was carried out in already fertilized soil, it is not required at all.

Fertilizing the soil before planting mirabilis – the key to good cultivation

Dead stems are cut to the root, and the tubers are left and stored for next year; they are stored in containers with peat at a temperature of the external environment of at least 5 degrees. If the varieties are intended for growth on balconies, the tubers are left in pots and taken to a cool dark place, such as a cellar. Every month and a half they need to be watered, otherwise they may dry out before spring.

Advice! In the process of leaving the bushes should not be cut, otherwise they will not be able to form a spherical shape.

Mirabilis is resistant to pests and diseases, occasionally spots or rust may form on it. In this case, the affected areas and neighboring bushes must be treated with any fungicide that is sold in stores for gardeners. Occasionally, aphids can be found, then the leaves are washed with soapy water.
The best place in the garden

The plant is popular in landscape design, high varieties are used as hedges, medium and low are planted in small groups, they can be used to decorate borders, terraces, balconies or to decorate lawns. Designers advise the highest grades to be placed in the background of the site so that they do not interfere with the sunlight entering the small brethren.

Mirabilis flowers will be an excellent decoration for your garden

Very small species look good in flower pots, they are also good in a single version, because, growing, take up a lot of space and serve as a bright color accent. Some types are even used in cooking, cosmetology, perfumery compositions or as a dye (paint is prepared from them). Special varieties growing in warm regions with an air temperature of at least 15 degrees even in winter are used by some gourmets in food. To do this, take the green part of the bushes and tubers.

Due to the simplicity of care and unpretentiousness, mirabilis can grow anywhere in the garden, and due to the extensive color palette it is in perfect harmony with any other small flowers.

Advice! Such pompous beauties as roses, peonies, dahlias and other large garden “leaders” will shift their attention to themselves, and small mirabilis can be lost, despite the richness of the color palette. The best neighbors for him would be simple, albeit no less bright flowers. 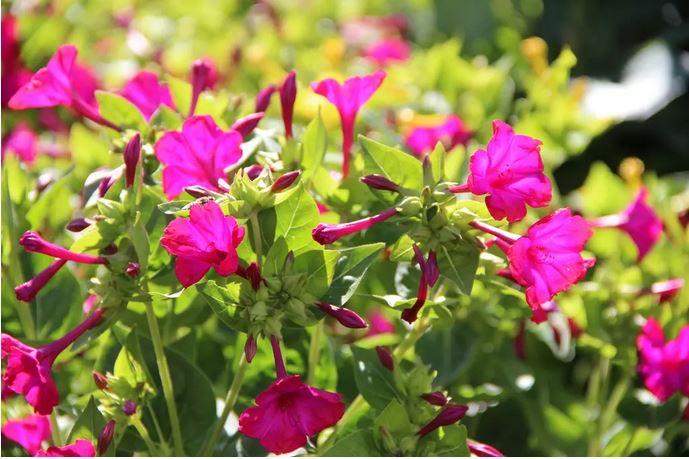 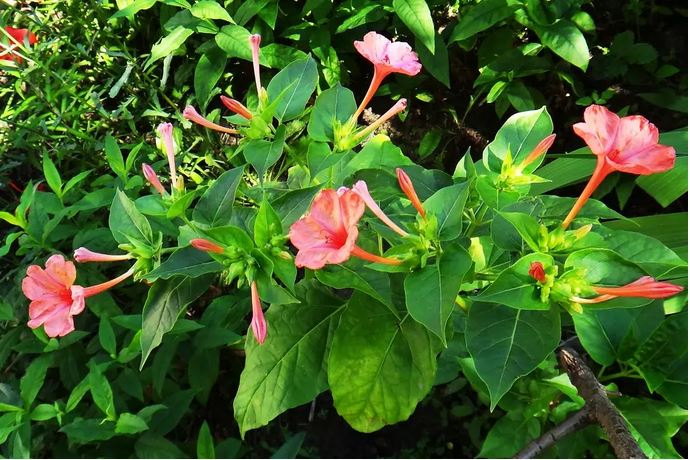 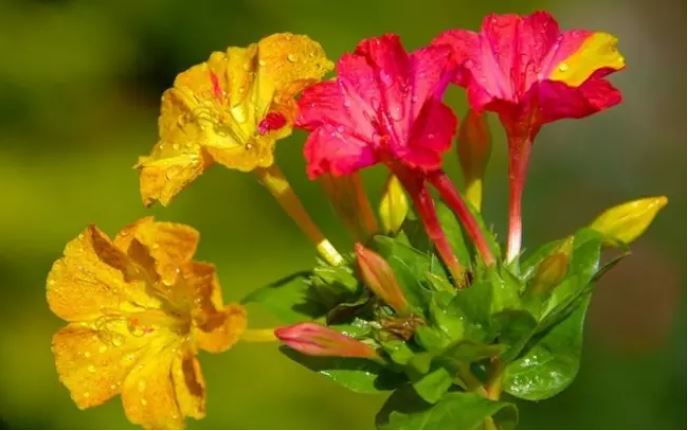 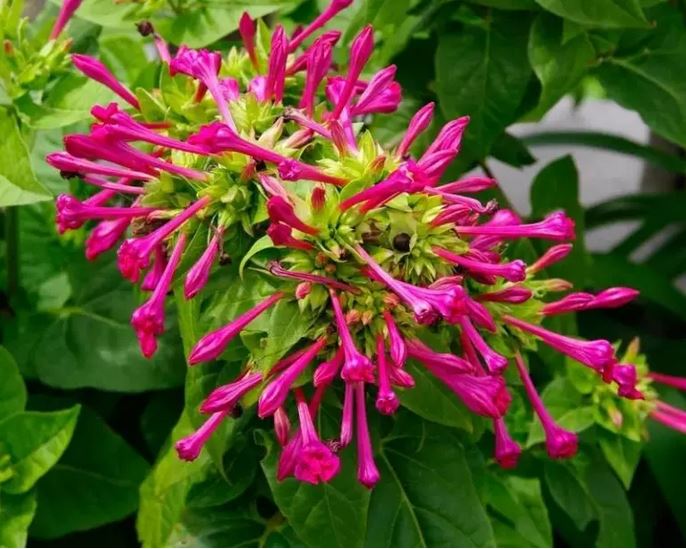 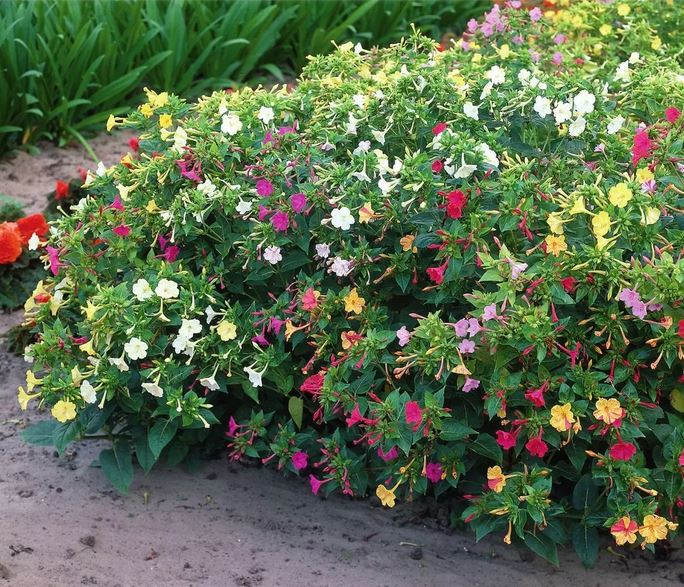 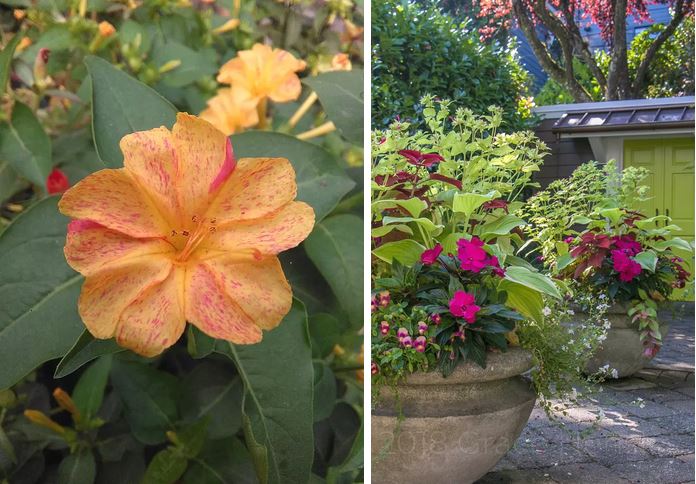 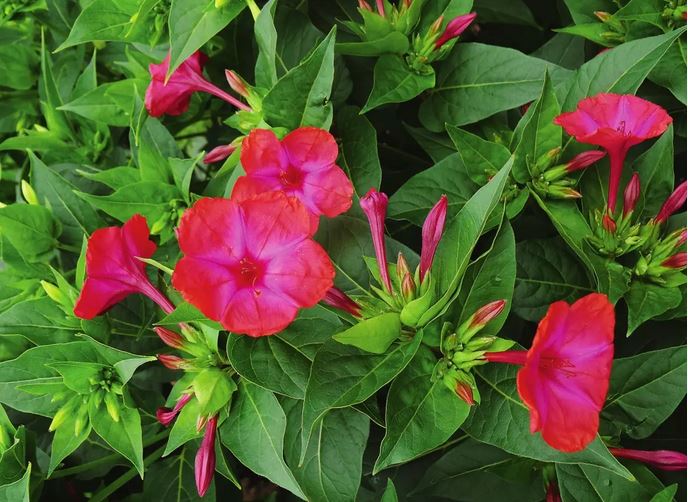 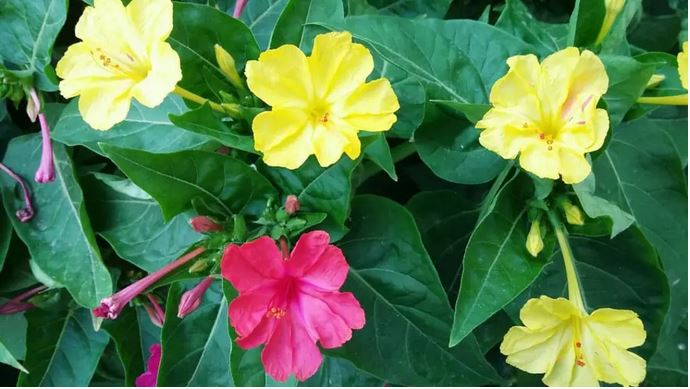 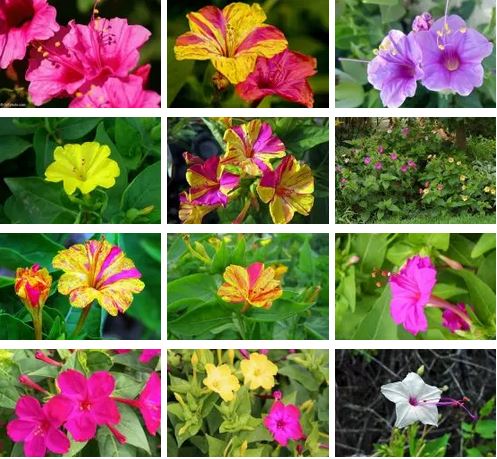 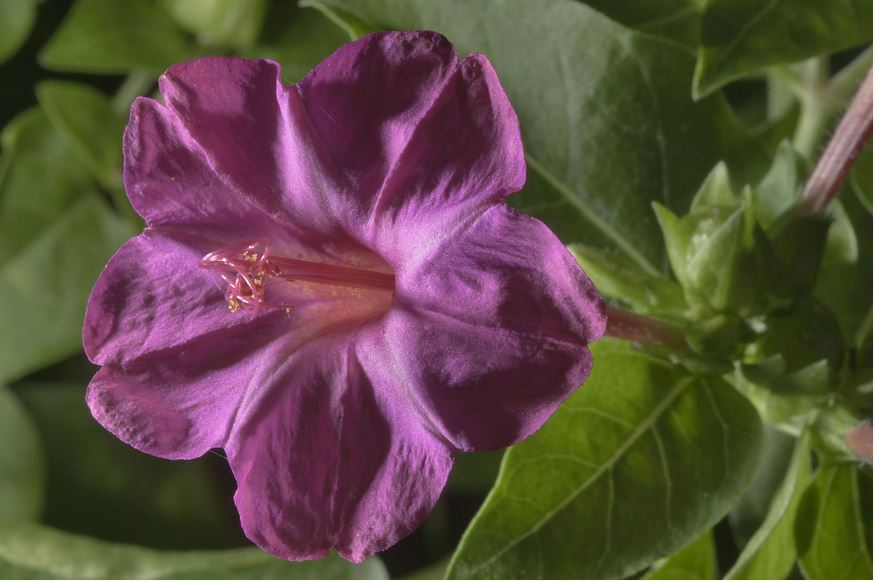 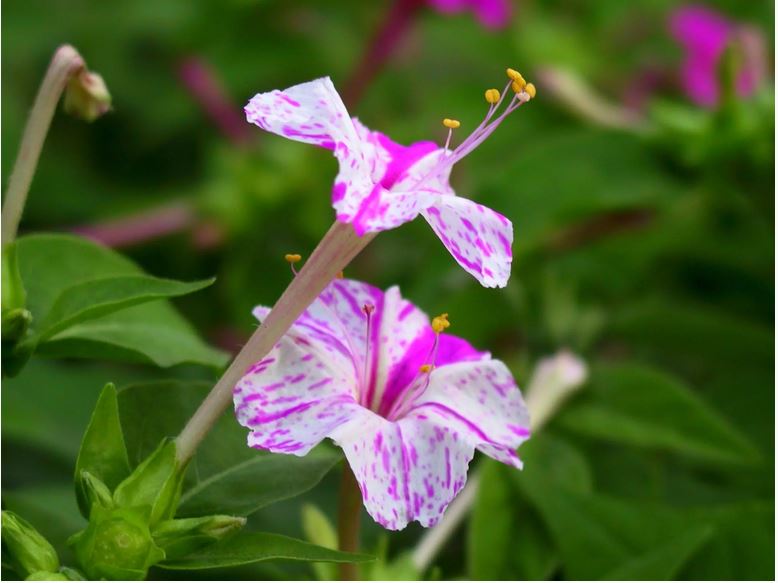 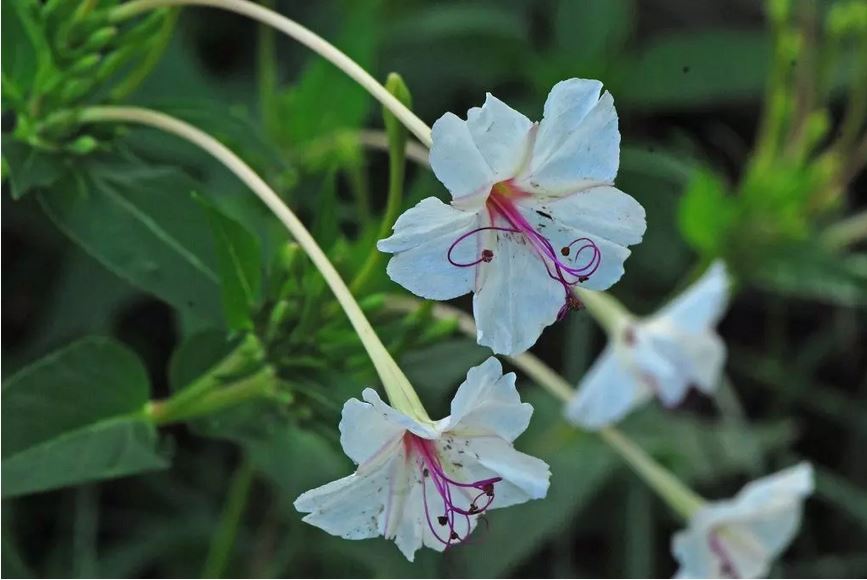 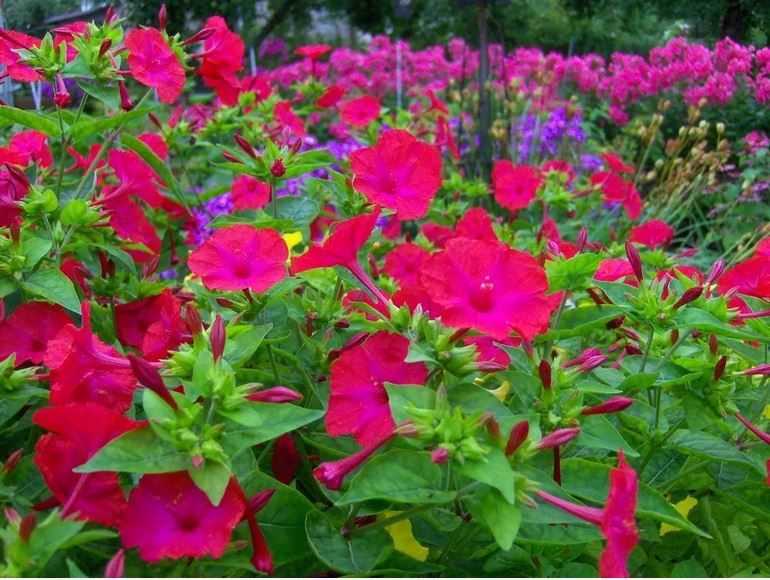 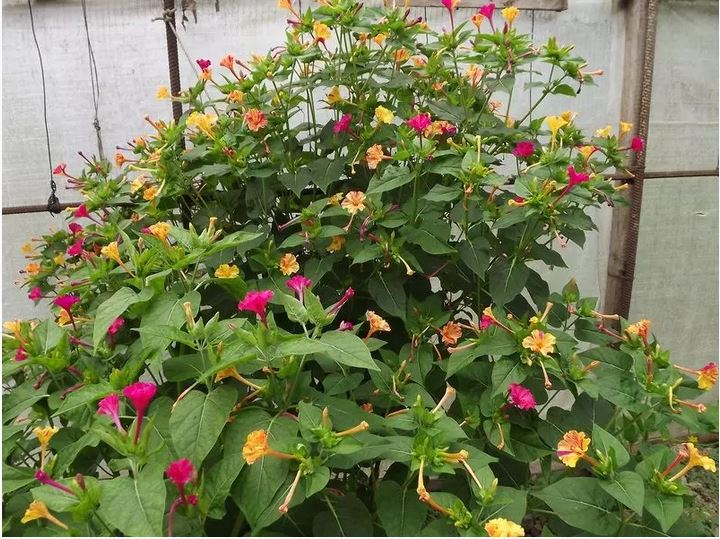 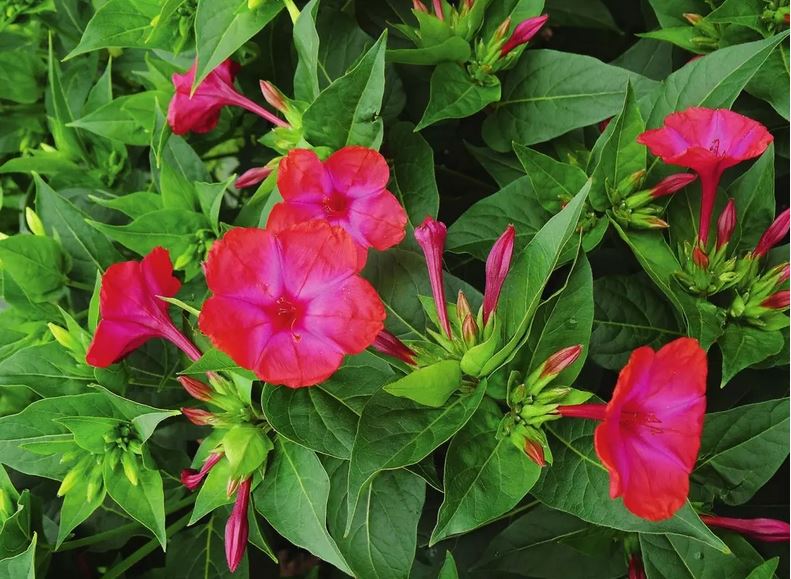 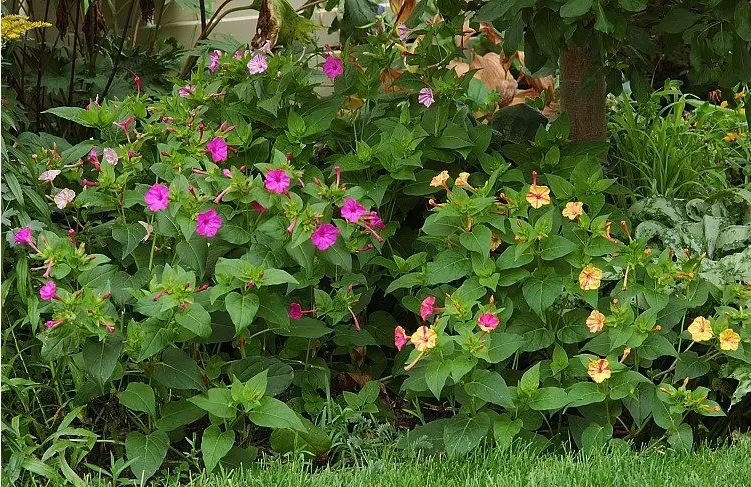 Iris, an amazing plant for yard and garden – secrets for planting and care

Amazing Dahlia ideas for your garden : cultivation and care tips

Budleya – The best ideas of an original...

Caged tomatoes: Double the harvest of your tomatoes...

Cultivation of aromatic plants in water

Which house plants are known as lucky charms?

8 secrets to growing fresh beans in your...

Alpinia, a tropical plant with shells-like flowers for...

The best flowering plants for the cutest garden